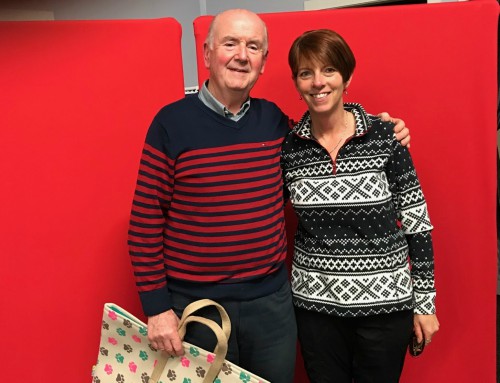 Titles Earned by Lâle & Her Students 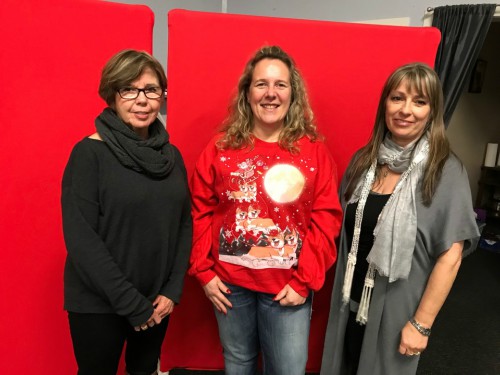 Mary Philpot – Murphy – NSDTR- worked with Fun and love in Rally Obedience, earned two legs towards her Campion Dog title, and logged over 200 hrs this year as a St. John’s Ambulance Therapy Dog

Megan Warner – Knives – Poodle – worked with Fun and love in Rally Obedience and are almost ready to compete, Knives earned his Barn Hunt Instinct (RATI) and Novice Barn Hunt (RATN). He is know  Divinitys Delicious Creamsicle RATN – Fun fact: he got his RATI before he was a year old.

Deborah Foster – Santos is 14 years old in January and now having sight with hearing challenges however he still wants to please me and in doing so this fall we achieved three levels of Trick Dog Titles with Do More With Your Dog. Trick Dog Novice, Trick Dog Intermediate and Trick Dog Advanced. These titles are now AKC pending for TKN, TKI & TKA. He was also out enjoying a couple of swims this summer. MBISS BIS BBE Am.Can.Ch.Violet Sky Above TP CD RE CGN/AKC CD RA CGC HIT TKA

Deborah Foster – Sparkle and I achieved her 3 Q’s with two HIC for her CKC Rally Novice Title and a Canine Good Neighbour Title. Three weeks after she turned 12 years old (October 15th) at the Chuckanut Trials, Sparkle achieved her AKC Rally Novice Title with a third place in her class with scores in the 90’s (except one due to handler error costing her a 10 point deduction). In addition, Sparkle qualified at the two AKC Rally Trials put on by Whidbey Island Kennel Club in Monroe, WA for two legs towards her Rally Intermediate Title. The first day she placed 4th in her Class with a 95 in a class of 10 dogs. Second day she placed 4th out of 12 dogs with a score of 92. Also two levels of Trick Dog Titles with Do More With Your Dog are Trick Dog Novice and Trick Dog Intermediate. MBISS BBE Am.Can.Ch.Violet Sparkle Of My Eye RN CGC/AKC RN HIT TKI

Deborah Foster – Shimmer and I have achieved her CKC Rally Novice Title with 3 HIC, two 99’s and our first perfect score of 100! Then on to her Intermediate Title with two 2nd place & two 3rdplaces in her Class, her Advanced Title with a HIC, 2nd & 3rd place in class and her Excellent Title with 3 HIC & 2nd in Class along with a CGN Title. On the other side of the Border Shimmer accomplished her AKC Rally Novice Title with a 2nd in Class and her Rally Intermediate Title with HIC & three 2nd place in Class. Recently in Monroe, WA she earned two legs towards her Advanced Title. Also three levels of Trick Dog Titles with Do More With Your Dog are Trick Dog Novice, Trick Dog Intermediate and Trick Dog Advanced. We will be working on Shimmers next level of Expert which will also be submitted to AKC. We also had some fun trying out Chase Ability this Fall with Shimmer. Can.Ch.Violet Shimmering Sensation RI RE CGN/AKC RI TKI

Deborah Foster – In April Kareem came out for his first time to the Conformation Shows competing as a puppy in the Bred By Exhibitor Class where he took 5 points towards his Canadian Championship Title. We have also achieved three levels of Trick Dog Titles with Do More With Your Dog, Trick Dog Novice, Trick Dog Intermediate and Trick Dog Advanced. We are working on Kareem’s next level for Expert which will also be submitted to AKC. These titles are now pending for AKC TKN, TKI & TKA. Violet Skies N A Noble Knight TKA

Lâle Aksu– Manchester Terrier- Metric earned his Tracking Dog (TD) at just 9 months of age. He won four Best Baby Puppies in Group and won two Best Puppy Groups and has almost finished his Canadian Championship. He is now Black Bandits U Got It All Metric TD

Lâle Aksu – NSTDR – Paris earned her Canadian Championship and is almost finished in US.in addition she earned her American CGC and her first leg towards her CARO Rally Novice. She is now CH StarCrowned Tollchester’s Famous For Being Famous CGC.

Earned 2 legs towards her CD and also completed her CKC RE title in three straight trials. 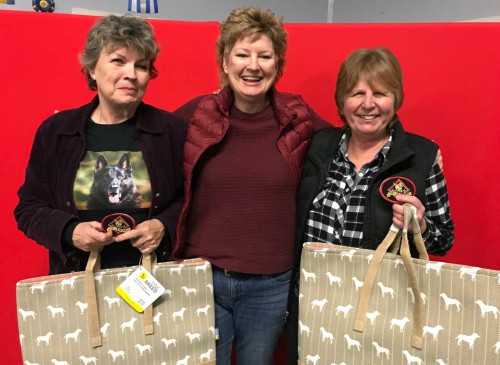 Titles Earned by Linda & Her Students

Linda Moran and Nova Scotia Duck Tolling Retriever, Kimber, Kimber earned her CD this year with two 199 scores and a 197 ½ Those scores didn’t get us a HIT, but it got us one HIC. Also she completed her show CH Kimber also earned her Master hunter title. Kimber was the 4th Master Hunter toller bitchCH Kasomor’s Pop ‘Em N Drop ‘Em MH WCX CD. And she also has a litter of 9 at home born on December 9

Janice Howe This has been amazing year! Moody and I have accomplished many new skills, including Heads Up Heeling! I honestly thought this could never happen, but it has. Moody also received his CD this year. We will continue to work towards our Open CDX (and Utility). We attended many seminars this last year including Marko Koskensalo, Denise Fenzi, and Janice Gunn’s summer camp. We have met and talked to many inspiring experienced dog handlers. We had a very sad time when we lost our best friend, my heart dog, our female GSD Ebony this summer. She is responsible for this journey I am on into the dog sport world.This fall an opportunity to welcome into our life a Belgian Malinios puppy. Fireball’s Ava came to us at five and a half months, after being returned to the breeder. She has very solid Malinios IPO working line parent. Ava will also work towards her CKC obedience titles and maybe some agility work for fun. 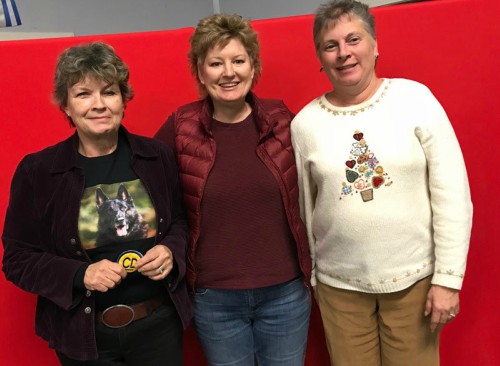 2017 was another fun year of harassing (oops, coaching) my students! My family doesn’t call me “Sergeant Major” for nothing.
It is such a joy to share my love of the sport with so many wonderful people and to see them be successful. But, most of all, it’s inspiring to see the comradeship and sportsmanship they exhibit as they cheer each other on. “Q” or not, they take home the dog they love and look forward to the next opportunity. I’m looking forward to 2018 as so many teams will be in the ring in pursuit of the next title.
I am pleased to prepare this synopsis of results for 2017 that showcase not only CKC Obedience accomplishments but highlight the versatility of these teams. I’ve tried my best to ensure I got everything possible, but if I have missed someone/something, my apologies! 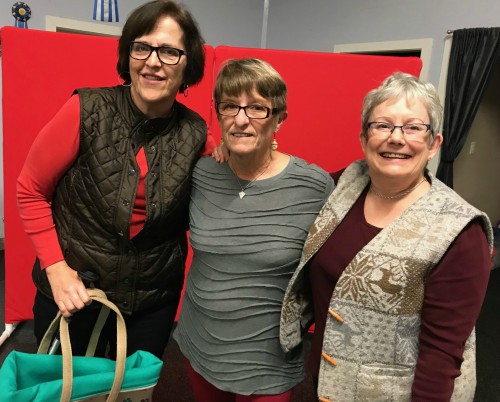 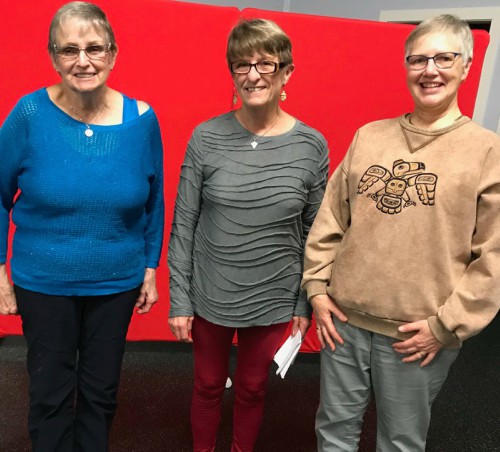 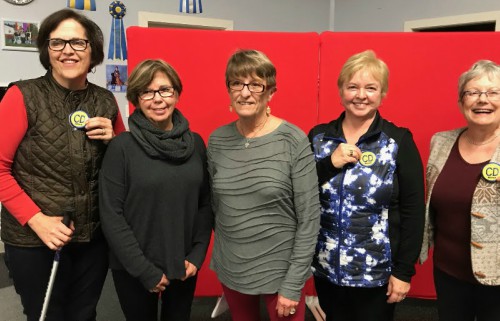 Accomplishments in Other Disciplines and CKC Obedience Legs:

Margaret Jezek & “Kizmet” –  AmGCh/Can Ch Lavender Hills Midsummer Night’s Dream Come True CD, RE, TDX, Can RN, TDX, CD, DDX achieved their DDX in 2017 (Draft Dog Excellent)
Margaret Jezek & “Stigen” – Ch Triple B’s Higher Path TD (Bernese Mountain Dog) achieved their TD (Tracking Dog) title
Anneke Scholten & “Onyx” –  CH Boxjoy’s Great Expectations CD (Boxer) acquired 2 legs (both High in Class) towards the Novice Rally Title and second leg towards their CDX
Corey Van der Ende & “Chip” – Boxjoy’s Microchip, PCD, RN attained their Rally Novice title with a High in Class and got their first leg towards their CD title with a High in Class.
Jan Burghardt and “Starbucks / Bucky”– Westmeath’s Because I can RN, RI, RA, RE, CD, CGN (Yorkie) had a very fulfilling year. Bucky is the #1 Yorkie in Obedience and Rally for 2017, repeating his 2016 achievement! This team has already earned four legs towards their RAE in Rally. As if that’s not enough, they are preparing to compete in Nosework competitions in 2018. But most exciting of all, Bucky was certified as a SJA Provincial Therapy Dog certified to work with children – something few dogs achieve.
Janet Winch & “Christopher” – CH Highledge Twisting Fate CD, RA (Shetland Sheepdog) completed their Rally Advanced title.
Joanne Kinney & “Kix” – GMH NMH Zaniri Kick It Up A Notch CD RN WCX got a JAM in the Qualifying test at the American National Golden Retriever Test in Maryland, USA. For those of us not involved in Hunt, a JAM is an Award of Merit in Field Trials – it means she finished all the series but wasn’t in the top 5 on scores – sounds prestigious! This team also completed their Rally Novice title!
Stephanie Halse & “Spring” – Ch Redfox Chaotic Spring CD, RI (Nova Scotia Duck Toller) earned their Rally Intermediate
Stephanie Halse & “Jester” – Can/Am GCH BIS IABCA CH HON. BRONZE RedfoxWaterfox Spring2 the Max CGN, CD, RI (Nova Scotia Duck Toller) earned their Rally Intermediate title
Susan Highton & “Hrudy” – GMH Zaniri’s Full Tilt, Can/Am CDX, RA got 2 qualifying score in CKC Utility! And 2 qualifying legs in AKC Utility. Think there’s a UD pin in their future!
Gail Bradshaw & “Reina” –  GCH Brasswinds Reinita de Kompania, CDX, RE (English Cocker) got their first leg in UD. There were setbacks due to Gail injuring her shoulder, but watch them go next year when they can do some serious training! Even with limited trialling they are currently #3 English Cocker in Obedience and #5 in Rally in Canada.
laurie2018-12-25T07:39:36-08:00January 1st, 2018|News, TNT Students|0 Comments