Richmond Trials Proved to be a HIT weekend! 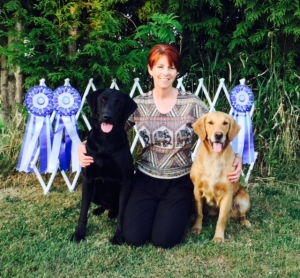 We attended the Richmond Trials on June 27 & 28, 2015. Pounce who was only entered on Saturday  and Remi both won a HIT ( High in Trial ). Remi then proceeded to win another HIT on Sunday and a 199.5 from the Open B Class.

There were a lot of TNT students also earning new legs and titles as well. Even though it was hot a great weekend was had by all.

Leverage Food Rewards for a Big Impact on your Recall

In this video training tip, Janice explains how use leverage the dog's dinner to level up your recall training.   This technique uses the concept of a "jackpot" for building the [...]

After our puppy and beginner classes where you learned the basics, such as sit, down and the beginning of heeling: you move on to more advanced skills - here are a couple that [...]

With a pedigree awash in working titles this upcoming litter will be of interest to working homes. Puppies of second pairing of Sparks and Cele will be something to wait for. For inquiries contact Cyndy [...]