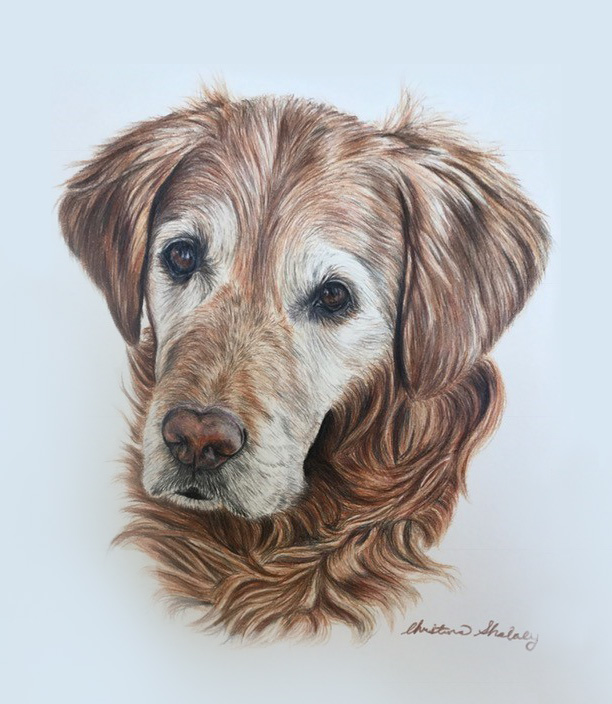 This amazing portrait of Stanley was given to us by  Lâle Aksu and her husband Matt. It was done by Christina Shalaby. It is exactly how Stanley looked right up to his final day. Beautiful expression, loving eyes, and the look of anticipation that a treat may be coming by his way any minute now, or perhaps someone is getting ready to throw him a bird. When I look at this picture I see Stanley’s soul. I will cherish this picture and every day it will give us a special memory of Stanley.

Last night we said our final goodbye to the “great one” a true legend for the Golden Retriever breed “Stanley”. In his lifetime he achieved title combinations that no other Golden has ever done. Incredibly Stanley achieved all major titles by the age of 5 years old. Not only was he talented, he showed great desire to work and to please, a real team player. I ran Stanley through-out his derby career and he became the top derby Golden and made the National derby list. At 3 years old he won his first US field trial Open with John, and I handled him to his Cdn Open win. Stanley won about every possible GRCA year end field trophy offered, an incredible honour. He competed at numerous field trial Nationals, John was his main handler in the field while I concentrated on Stanley’s competition obedience career and his Master Hunter title. Not only did he excel in the field but Stanley was a multi-200 OTCH obedience dog. Stanley was a dream come true!

He was a true gentleman in every sense. A kind, gentle soul, and he loved to entertain & flirt with the ladies both 2 and 4 legged. Stanley was the only male in the litter, bred by Chris Braswell of Brassfire Retrievers. Chris knew right from the beginning she had a special puppy, and as the original buyer had to back out, we stepped up and brought Stanley home. Somehow it was meant to be. Chris has become a close friend and strong supporter of Stanley for the past 15.7 years.

Stanley has a long list of highly accomplished progeny in the field, agility and obedience, with most recently a litter born to Heads Up Goldens, and a litter due any day with WildFire Retrievers. His legacy will live on for years to come thru the magic of frozen semen. Stanley lived every day to the fullest, up to his final day he went everywhere with us and kept up with the younger dogs on a daily basis going for walks and acting as training supervisor, always insisting a bird or two be thrown for him as well. Stanley has been with us for so long, it is difficult adjusting to him not always by our side. He had a long, full, pain free, cancer free life, for that we are very grateful.

Now it is time for him to run free with his kennel mates that are waiting to meet him.
♥♥♥ you so much Stanley!

FC AFC OTCH FTCH AFTCH MOTCH TNT’s Stanley Steamer, MH, FDHF, OBHF, Am. OTCH, UDX, FDHF, OBHF, OS
WOW, what can i say about Stanley! He is an amazing dog in every way. Below you will read about what Stanley has accomplished in his lifetime, and what he is still accomplishing at 9 years of age! Most recently in September he placed 2nd in the Amateur in Idaho, which was on the way to run the GRCA National Speciality in Colorado, where he earned both an Amateur 2nd and Open Jam.

Then he came home and brushed up a little on his obedience skills, which he has been retired from for the past year so that Janice can bring along the young dogs. Well, Stanley waltzed into the Open B ring and earned a perfect 200 score!

What an incredible dog! Stanley is all heart. He is a true team player. He also has the kindest, sweetest temperment you could ever imagine. And to top it all off, he is one very handsome and structurally well put together Golden Achiever! 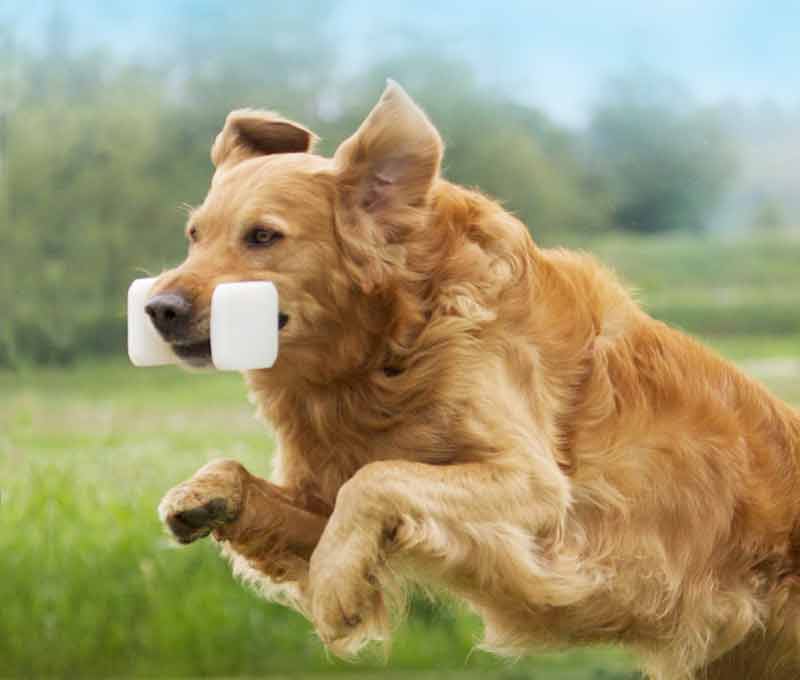 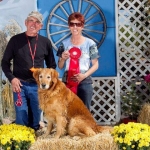 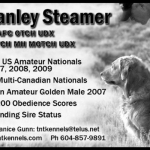 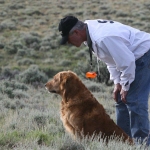 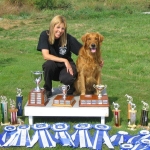 Stanley with lots of Ribbons 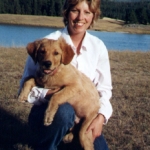 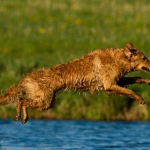 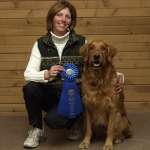 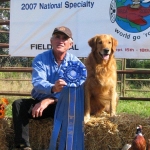 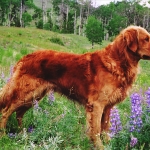 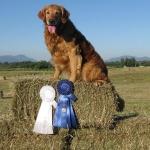 Stanley Daughter inducted into the Golden Retriever Hall of Fame

Stanley’s Kids Steam up the Agility Nationals in Florida

Three of the top 5 Goldens at the Invitational are Stanley kids, l-r Ryder, Bob and Cal Pat White and [...]

Stanley’s Kin Makes a Splash at the GRCA Nationals

It’s All About Bob

Keeping up to date on Bob's accomplishments is a challenging task. We previously posted about Stanley Steamer daughter, Bob, in [...]

Introducing, Heads Up Radiant Energy SH CDN JH WCX aka Arson. Arson is owned and loved by Diane Glassmeyer and she had [...]